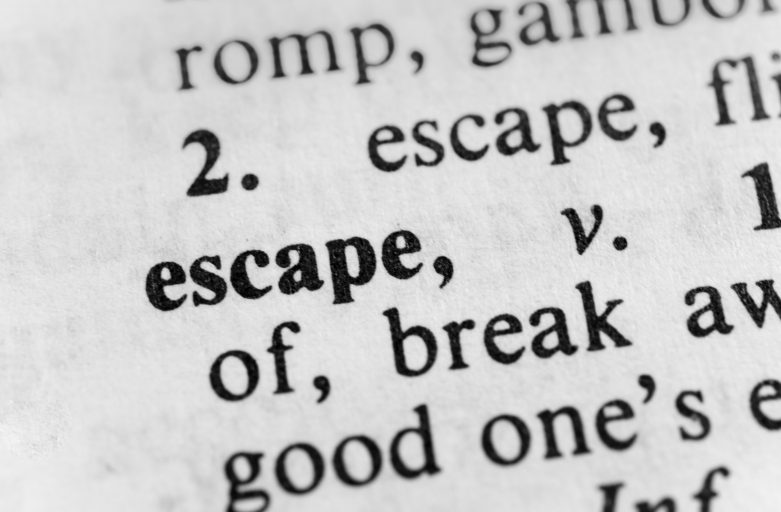 The following excerpt is from my forthcoming book, due out this Christmas… I hope it is a fun read and a blessing to you, today! Let me know what you think!

One particular effect I was enamored with was the Straitjacket. Having first read about Houdini in Walter Gibson’s Master Magicians I have been fascinated by his life. Some boys have sports heroes since I had a “sports bypass” as a young man—meaning I had no interest in sports—I chose America’s first real superhero.

The jacket arrived, and I was ecstatic. Better than Christmas morning. The box from Daytona Magic was waiting for me as I arrived home that afternoon.

But this isn’t the kind of thing I can “practice” by myself.  I can’t even get in it by myself. I’d have to be strapped into it, not unlike a seat on one of those leg-dangling roller coasters.

And so I asked, “Dad, can you put this straitjacket on me?”

I can imagine the joy of most dads when their teenage son asks to wrapped up, wholly confined and unable to move inside a straitjacket! My pastor-father a rather quiet, non-excitable man wasn’t jumping for joy — but I have no doubt there was a tiny, almost imperceptible smirk on his face.

After a basic review of the jacket and the little warning tag on it that said “WARNING: Patient Should Be Checked Frequently.”, Dad began to strap me in. First, the jacket goes on backward. I extended my arms out and slipped into the sleeves. Then up around the shoulders. Now, this is where it gets interesting. My arms, inside the sleeves, hang down to the sides of my body; while my Dad begins to buckle the top horizontal strap, just at the back of the neck. Once he finishes that one, there are three more horizontal straps to go.

Then, just above the last horizontal strap, is the vertical buckle. This buckle is where the remaining strap, hanging down in front, will be pulled up between the legs and buckled. Not such a dignified moment for anyone.

“Hey, Dad,” I said, wondering how this could turn out funny, “Don’t pull that one too tight, please.”

Picture it now: My teenage boy arms, encased in the straitjacket, cross my body in the front. The long strap on the right sleeve is met at the back of the jacket with the buckle from the left sleeve. This is where the jacket becomes exceptionally tight. There are about seven reinforced holes, with grommets — like holes in a belt — to adjust the tightness. My dad got it all the way to the last hole. I was skinny. But it was tight.

So, there I was, bound in the jacket — in my room — not sure what to do next. It was, after all, my first time to attempt an escape of this magnitude. And not that an average 16-year-old boy would know this, but theory and reality are often entirely different.

Just then, my dad says, “I need to run a couple of errands. I’ll be back in a little while.” And just like that, he left! Honestly. He went downstairs, I heard the front door open and close.  Still be able to walk, I went over to my bedroom window, peering out, watching him back out of the driveway. Gulp.  My mom wasn’t home from her high-school English teacher’s job; neither sister lived at home any longer. So, it was just me. In the jacket. Crap.

And so, I began. Wiggling. Jumping. Twisting. Had anyone been there to see the commotion, I must’ve looked crazier than that man that Houdini observed in the Asylum ninety-two years earlier.

I knew from studying that the key to escaping is slack. But, how was I going to get that strap loose? Thinking. Trying not to panic, I opened the bottom drawer of my dresser with my feet.  I placed the end of the arm strap in the drawer and pushed against with my back.  Using the dresser drawer to help hold it, to create some slack. You’ve got to have slack to be able to maneuver the jacket.  Once I was able to get my arms loose, and in front of me, I use my teeth to unbuckle the arm belt. From there, it’s a tight reach to the vertical buckle and strap that runs between the legs. Unfortunately, you have to pull that one a bit tighter, to get it to loosen. No pain. No gain. Once that strap is unbuckled, it’s back to the top. I reached behind my neck, to unfasten the top horizontal belt, that takes some arm twisting, too.  By the time I am getting the top buckle undone, I am bent over at the waist, thrashing and swinging to use gravity to remove the jacket from my torso. Tired. Hot. Sweaty.  It was the longest thirty minutes of my sixteen-year-old-life.

The truth is, if my dad had stayed around, I probably would have begged him to let me out.  But, I was left with no real choice.  Using what little knowledge I had about the method — and faced with no other alternative — I strained, pulled, tugged out of that tripled layered canvas contortion device and into glorious freedom. I had escaped.

Eventually, after a couple of years of performing the escape, I was able to get out of it in just about 60 seconds, I closed the majority of my shows with the straitjacket escape.  Why? In part, I suppose, because — at least at times — the straitjacket is the perfect metaphor for life. In fact, I’m confident Houdini knew this as he watched that man in the asylum wrangling on the floor screaming trying to free himself from such impossible shackles. The massive crowds that watched as Houdini freed himself, while hanging upside down, knew this too. To see someone struggling against the odds. Something is mesmerizing about the struggle for those who aren’t doing the struggling. And for those who overcome in adversity — for those who come out on the other side — that’s also pretty wonderful to witness.

The bondage of life can entangle us pretty quickly. A job that doesn’t meet the bills. A relationship that doesn’t build us up. A career that we hate.

Sometimes it’s a mess of our own making — because, well, many times we asked for it, not thinking of where our choices would lead or whether or not we could handle the consequences when we got there.

Jesus spoke about a young man who was tired of living at home, following the rules. He wanted to be free from the bondage of responsibility.  He went to his father and asked for his share of the inheritance early.  Wanting to please his son, the father gave him what he asked. The son took the money and ran.

He wasn’t gone long before he discovered how much freedom costs. He took full advantage of his liberty and lived wildly, squandering all the wealth that was given to him. Far from home, destitute and hungry, he got a job feeding the pigs for a farmer. Jesus says the young man was so hungry; he wanted to fill his stomach with the slop the pigs were eating. In this desperate state, the young man realized that he was so bound up in this nasty life, he needed help. “Why am I here? He thought. “I should go back to my father’s house — even the servants there have food and are treated well.”

Dirty and disheveled, as he approached home, his father saw him coming from a distance. The father ran to him and embraced his son, who asked for forgiveness and if he could return home to be a servant in his father’s house.  But the father was overjoyed that his son was home — he welcomed him back home with clean clothes, a ring, and a pair of new sandals. A huge feast was prepared, and a party ensued because his lost son had come back home.

When my father returned home, I had freed myself from the jacket.  Had I still been writhing on the floor of my bedroom, trying to get out of that straitjacket, I know my father would have helped me. No doubt. He would’ve marched up the stairs, took one look at his son, flailing about on the floor and helped me to my feet. He would’ve turned me around and began unbuckling, unstrapping and freeing his boy. Why? Because he’s my father. And that’s what kind fathers do for their children.

You and me and that young man Jesus spoke of — we all have something in common: we are in bondage to sin. Some of us enslaved to sin because we’ve asked for it. It’s how we live. We’ve been tricked to embrace the bondage, the hurt, the anger, the sin because we’ve been fed a lie that no one cares. We’ve been taught by example or through hard experience with others that we don’t matter to anyone.  That’s true deception.

The truth is, we all matter to God — you, me, and that young man feeding the pigs.

Christ said, “I will not leave you orphaned. I’m coming back. In just a little while the world will no longer see me, but you’re going to see me because I am alive and you’re about to come alive. At that moment, you will know absolutely that I’m in my Father, and you’re in me, and I’m in you.

“The person who knows my commandments and keeps them, that’s who loves me. And the person who loves me will be loved by my Father, and I will love him and make myself plain to him.” (John 13, The Message)

One thought on “Straitjacket Straights”