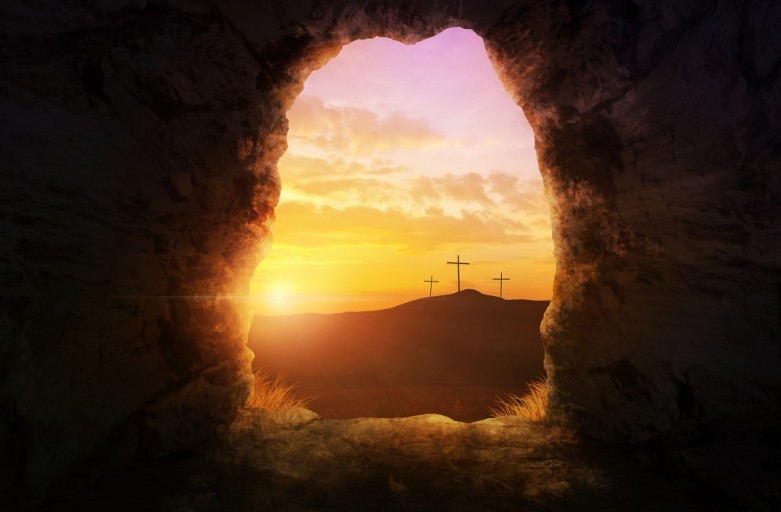 He Is Risen. Indeed. How was your Easter? For the first time in any of our lifetimes, Easter looked quite different. Many believers all over the world celebrated in a much different way yesterday. How about you?

How is your heart in all of this? Personally, I am a bit worn out. The lack of “normal” is frustrating for me. Seeing my upcoming events with churches and schools postponed is quite sad.

I am, however, still joyful. We are moving forward on projects and office work at a fulfilling speed. We are praying. And Planning. We are anticipating the future.

How do you think Christ’s followers felt before Easter—compared to after?

The passage from I Corinthians 15:17 is very significant as we’ve just celebrated Easter— remembering the resurrection of Christ.

If you are like me, I’m sure there have been doubts. Either spoken or unspoken, to whether there really is anything to this Christianity that we profess.

As we study both Christianity AND the opposition to Christianity, there are going to be times when we have doubts. Was Jesus really the Son of God in whom I could put my total trust? Or was He just another man with a charismatic personality who taught good and wise principles? If that is just the case, though—he’d be a mad man! Sacrificing His life for a lie?

After much prayer and consideration, I came to the conclusion that it all hinged on whether or not Jesus actually rose from the grave.

If He was not resurrected, then I figured it was all no more than a good sounding story. HOWEVER, if He DID rise from the dead, He IS God, and He SHOULD be the Lord and Master of my life!

Therefore I set out to study the facts and try to determine if the story of the resurrection is real. The first area of doubt for me was as to whether or not He actually died. If He did not die, then His later appearances would have no supernatural significance. I examined the known facts:

First, He was beaten almost to death by cruel guards. Often prisoners died solely from these beatings.

Then He was taken to Golgotha, and huge nails were driven into His hands and feet, and He was hung up in the sun to suffer agonies that we can only imagine. Not only did crucifixion cause unbelievable pain from the nails driven into the individual, but because that individual was hanging from outstretched arms, he could not breathe. The pulling upward of the arms would cause air to rush into and fill the lungs, but it also prevented him from breathing out that air. The tortured victim would have to pull himself up by the painful muscles of the arms. With the twisted feet nailed to the upright post below him to force that air out of his lungs and continue breathing.

Already weakened by the beatings, many would die within a matter of minutes. Jesus lasted for many hours in this, one of the crudest tortures ever devised. Then they stuck a spear into His heart to be sure He was dead. They, the Roman guards, were convinced that He was dead … the LAST thing they would want to be was for Him to still be alive and His followers to believe that He came back to life.

Then they put Him in a cold, damp tomb for three days with no food, water, or medication. Yes, common logic tells us He DID die.

But did He actually rise from the dead? I’ve read many convincing arguments on this, but for me, the ONE fact that clinched it was the fact of the changed lives of those who were His disciples and followers.

Before the crucifixion, they had been frightened by even a little girl who accused them of being a follower. But after they witnessed the actual resurrection of Jesus, their lives were so radically changed that they boldly preached about His resurrection. And His doctrine of salvation to the very ones who had killed Jesus.

Some of these new Christ-followers who witnessed His resurrection were so convinced that they willingly died for their belief. One is not likely to die for what he knows to be a lie. Only will he make the supreme sacrifice for that which he vows to be true.

NOW, what does this mean to YOU? He IS God, He should be LORD of your life! That means that every decision, every action, every reaction, every goal, every plan … EVERYTHING in your life should be subject to HIS control and direction!

In good times, and the bad. When we understand this life, and when we do not. Don’t just depend on the logic of your thinking. But obey the guidance of His Holy Spirit as directed in His Word.