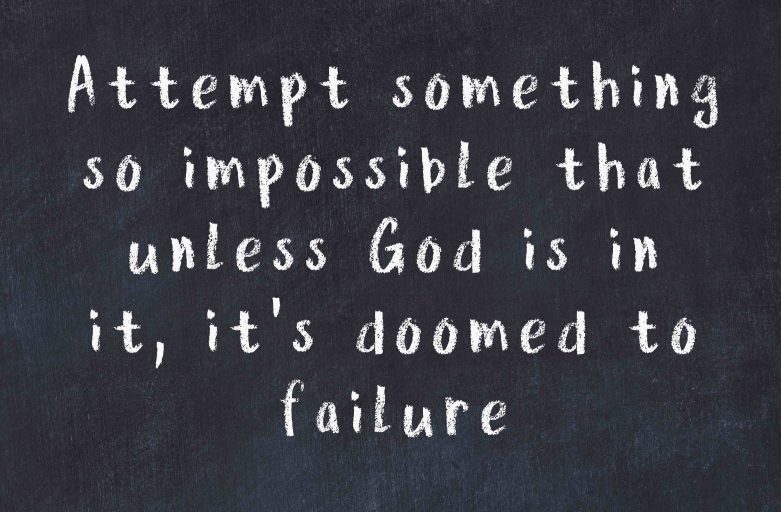 My mentor’s mentor, John Edmund Haggai (who is now in his 90’s) and the founder of the Haggai International, has a great quote;

“Attempt something so impossible that unless God is in it, it’s doomed to failure.”

In January of this year, as I was working through my goals for 2020, I felt led to set a goal of reaching 100,000 people—through both live and digital platforms. While that number was a stretch, it wasn’t crazy as I’ve reached upwards of 80,000 just in our live events in a year. But, I believed that it was doable.

Then mid-March arrived. Murmurings about a virus starting to impact our country was getting louder. I returned from an event in middle Pennsylvania, and suddenly the alarm bells were growing louder. By March 15, events started canceling. My April tour dates were gone. Then May. Then June. Now, July. It has been a disaster. For many, many around the world.

In mid-April, as I was commiserating with our FaithKidz director, Steve, he said, (after witnessing all these cancellations—affecting kids’ ministry), “How about an online VBS? What could that look like?”

Steve and I have no trouble thinking big. So, with that conversation, a Virtual Bible Spectacular was born;

A God-inspired challenge of impossible proportions.

We imagined 10,000 churches worldwide—reaching—wait for it—a million kids! Was it possible?

We believe he is. We pulled resources. I looked at a ministry account that was not growing due to all events canceled.

Can we do this without much money?

Can we offer this free, to churches, on a donation basis? So that those churches who need it most, don’t have to worry about money?

How about we gather a team of artists and kid’s ministry all-stars from around the world to be part of this? And do it for “free.” Yup—those same presenters that are now out-of-income, working more for free?

Is that fair to them?

Could we get some large(er) organizations to partner with us to raise awareness and create a mission’s project that would impact thousands of kids in developing countries?

Could we get well-known Christian influencers, authors, pastors, and athletes to join this movement?

It’s now the end of May. We are 24 days away from launching the world’s largest VBS, a Virtual Bible Spectacular.

I believe that God is in this.